Mehreen is currently the Head of CSR at Mayer Brown where she leads on the firm’s charitable giving, pro bono, sustainability and diversity and inclusion initiatives. Prior to this, Mehreen was  a Senior Associate at Clifford Chance LLP, where she specialised in Sovereign Debt Restructuring and helped launch the world's first sovereign blue bond to benefit oceans, marine life and the environment.

She was also Speakers Head of the Pre-Law Club and Treasury of the Business and Finance Society in Bryn Mawr.  Post completing her undergraduate degree in Politics, she went on to work at Sullivan & Cromwell LLP as a Corporate Finance Paralegal in New York. She then moved to the U.K to do a Graduate Diploma in Law and was called to the Bar of England and Wales from the Honourable Society of Lincoln’s Inn.

She is a strong advocate for children's education and has taught English at the Kutumb Foundation in New Delhi and mentored students from Tower Hamlets College and the Cumberland School.  She is also currently a School Governor at both John Scurr Primary School in Tower Hamlets and Bousefield Primary in Kensington and Chelsea. Mehreen has also been involved in pro bono work for Hope and Homes for Children, Peabody-Mission Employable, Steel Warriors and Client Earth.  She has previously also interned at the Secretariat of the United Nations, the Youth Commission for Human Rights and UNAIDS. Mehreen is also a qualified Mental Health First Aider.

Mehreen lives in Chelsea and is an active member of the Kensington, Chelsea and Fulham Conservatives, where she serves as Membership and Fundraising Chair for Redcliffe Ward. 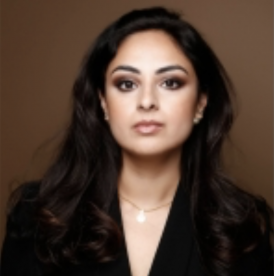