Shabnam is a prominent British Afghan political and social activist/campaigner. She is Founder and Director of Conservative Friends of Afghanistan, an organisation that aims to strengthen the relationship between the UK and Afghanistan and supports a thriving democratic culture that is inclusive, collaborative, and encourages participation by British Afghan diaspora. She is also a women’s rights activist, protecting girls and women from forced marriage, domestic abuse and cultural and religious oppression in Afghanistan and around the world. She is an Ambassador of the 50:50 Parliament campaign.

Shabnam Nasimi arrived in the UK at the age of eight with her family, fleeing the Taliban regime in Afghanistan.

Her professional experience has included working for counter-terrorism, implementing the Prevent Strategy through local government and civil service - supporting vulnerable communities at risk of radicalisation and as a lead on the Women's Tea Corner, Big Lottery funded counter-radicalisation social change initiative.  She has also lead on a DFID funded project in Afghanistan that worked to support the world's most marginalised girls and women gain access to education.

Shabnam is a familiar face on television screens, regularly offering commentary and analysis on BBC News, Sky News, BBC Newsnight, ITV, Channel 4, Channel 5, TRT World, France 24 and BBC Persian. She is the first person of Afghan origin to become a political commentator on British politics in the UK. She can also often be heard on BBC 5Live and LBC.

Her writing can also be found in The Times, Prospective Magazine, Quillette, Conservative Home, and weekly in Free Market Conservatives.

In 2019, she was awarded Inspirational Women in Public Affairs by Policy Mogul, and nominated for BBC 100 Women in September 2019.

She has previously worked in Parliament. Shabnam is regularly invited to speak at events and universities around the country. 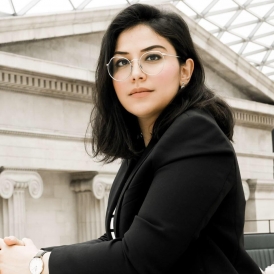